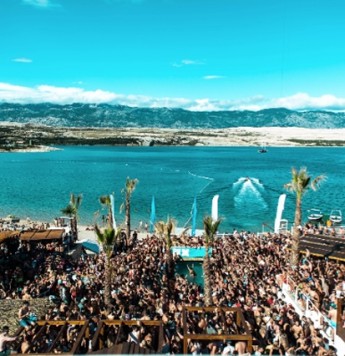 Now, first things first, we do love festivals in the UK. You can get there by car and sometimes it’s hot enough to get a sunburnt nose.

That said, we all know what they can end up looking like…

So with that thought in mind, maybe we should take a look at what else there is out there this summer…

Sonar
We couldn’t write this list without mentioning Sonar. It’s a must for clubbers from all across Europe.

Hideout
A fairly new festival, Hideout has really hit the ground running. It presents an excelent line-up in pristine surroundings. Party on a beach that feels like Ibiza 20 years ago.

Zcre Beach. No idea how that’s pronounced, but look how blue it is…

Electrobeach
The south of France has always been a holiday classic. Only now, try it with more bass.

Outlook
Amazing sound system, great line-up, killer location. Wrap up your summer with this one and it’ll keep you going all the way through winter.