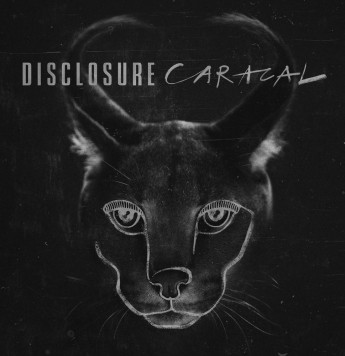 Countdown to Caracal - 10 of the best Disclosure Moments

We’re so excited for Disclosure‘s new Caracal album here at THIS IS HQ!
So as we edge closer and closer to the release date we’re doing a little look back at some of the duo’s best bits over the years to remind ourselves just how far these brothers have come!

1. Disclosure Debut
Offline Dexterity was the first ever track from the brothers to hit the internet so if you didn’t know this one before then now you do!
It gives you a great first taste of their raw signature sound and a teaser of what was to come in the following years.

2. Collabo with Jessie Ware
The duo teamed up with fellow PMR Records artist Jessie Ware to get their first real commercial success. This was the first time that the Disclosure ‘sound’ was really perfected and would go on to be a massively successful formula for the boys.

3. Humble Beginnings
Disclosure’s first ever gig was upstairs at the Lock Tavern in Camden, London… calling itself The Small Disco 🙂

4. First Proper Release
After a few self released hype tracks the boys credentials went up a notch with the release of The Face EP for Greco Roman in June 2012.

5. Early Sam Smith Collabo
The guys first worked with Sam Smith to make another massive track called ‘Latch’ back in 2012!

6. White Noise Domination
Their huge track ‘White Noise’ was a big moment for the brothers. Released in Feb 2013 it went straight to No.2 in the UK charts!

7. Settle Album lands
Disclosure’s first album Settle was released in 2013 and to celebrate the guys projected their now famous face graphics all over Big Ben!
The Settle album debuted at No 1 in the UK Charts!

8. Glastonbury Belter
The guys first appeared at the world famous Glastonbury festival in 2013 and then again in 2014.
Here’s a clip of them playing ‘When A Fire Starts To Burn’ live.

10. CARACAL is coming!
This brings us up to date with the duo’s activities as they announced that their brand new Caracal album would be dropping in 2015.
Once again they teamed up with a load of amazing talent as well as another Sam Smith monster collaboration in the form of Omen!