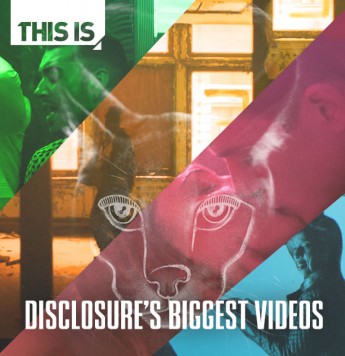 As we countdown the days until Disclosure release their Caracal album we’ve gone back in time to pick out 4 of their biggest videos as there’s only 4 days to go!

1. Obviously it’s Latch featuring the amazing vocals of Sam Smith! This track would mark the start of a great partnership between them!

2. Next up is another of their monster singles from their Settle album… White Noise went all the way to No.2 in the charts!

3. Coming in at No.3 is F is For You which would mark another huge collaboration for Disclosure as they re-recorded the original with some extra Mary J Blige FIRE!

4. Finally we’ve got Omen… the next big Sam Smith collaboration which seems to have done the business having racked up around 30 Million views already!